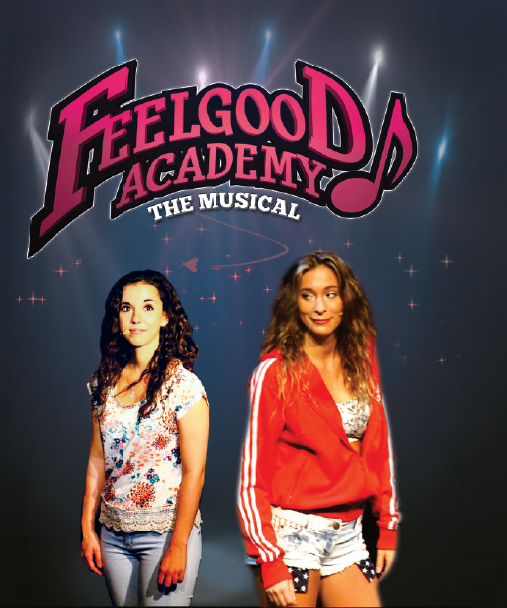 At the Feelgood Academy of Performing Arts where the students work and play hard, two ambitious students put their friendship on the line in pursuit of a coveted role.

Lucy is a self-assured singer and dancer who fancies herself  a trouper (she’s been in one West End show) and arrogantly considers herself a cut above her fellow wannabe hoofers.

On the other hand, Amanda is good-hearted, sweet-natured girl riddled with self-doubt. She’s also cowed by her overbearing mother, Felicity Feelgood, who just happens to run the theatre school.

As the final terms starts, Lucy, Amanda and their fellow aspiring students are about to enter a competition for a place in a popular reality TV show, the prize being the starring role in the huge Gothic West End musical Motharotti.

Unfortunately, the final decision is being made by the famously supercilious West End producer Bella Derrydown-Webb, a legendary theatrical impresario who has history with Felicity.

Just to crank up the tension, it’s revealed that the Academy is in dire financial straits and the highly-desired part in Motharotti could raise its profile and save it from bankruptcy.

Everything is riding on the two star pupils. Will Lucy’s cavalier attitude to her craft  cost her a chance of stardom? Can Amanda overcome her crippling lack of confidence and show what she’s capable of?